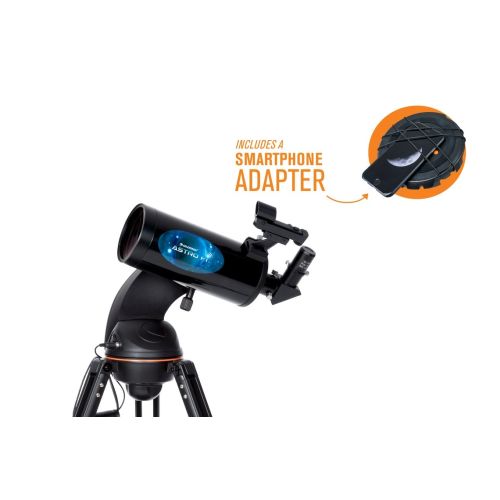 The Astro Fi 102 is a computerized alt-azimuth Maksutov-Cassegrain telescope perfect for celestial (and terrestrial) viewing on the go. The Astro Fi offers dazzling views of Moon craters, Saturn's rings, Jupiter's Great Red Spot, the Orion Nebula, the Hercules Globular Cluster and so much more at night! In addition, the star diagonal provides right side up viewing for using as a spotting scope during the day.

Setting up the telescope is a breeze and will have you observing in no time. Even on your first time out, you can assemble the telescope and its accessories in just a few minutes. Its portable weight of 7kg makes the telescope perfect for impromptu observing sessions or transporting it wherever life’s adventures take you.