SKU
CLS-31042
Be the first to review this product

The Celestron AstroMaster 114EQ Reflector Telescope was designed for beginners wanting to take their next steps in astronomy. 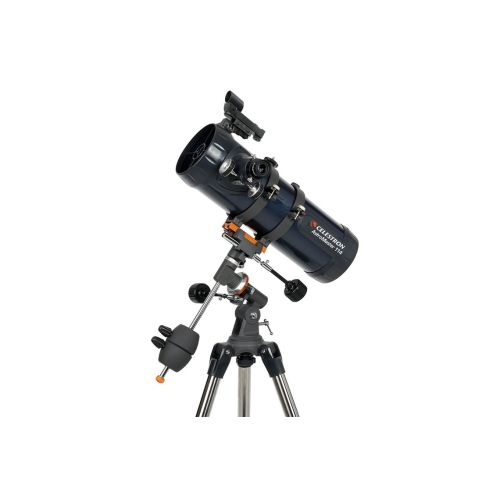 Discover our Solar System with the Celestron AstroMaster 114EQ Reflector Telescope! You’ll be ready to observe in minutes thanks to the quick and easy no-tool setup.

Designed for beginners to take a step further into their passion for astronomy, the reflector telescope's parabolic mirror will provide bright, clear images of the Moon, planets, star clusters, and more!

To boost you off quickly into your starry explorations, the Celestron AstroMaster 114EQ Reflector Telescope comes with a 20mm and 10mm eyepiece and a built-in Red Dot Finderscope (StarPointer). The two eyepieces offer different magnifications for low and high-powered viewings and the 20mm has a built-in erect image corrector (to correct image horizontally and vertically for land-viewing/terrestrial use).

Included with your purchase is a free download of Celestron’s Starry Night Software. This advanced software by Simulation Curriculum offers detailed information about celestial objects and helps you plan your next observing or imaging session.