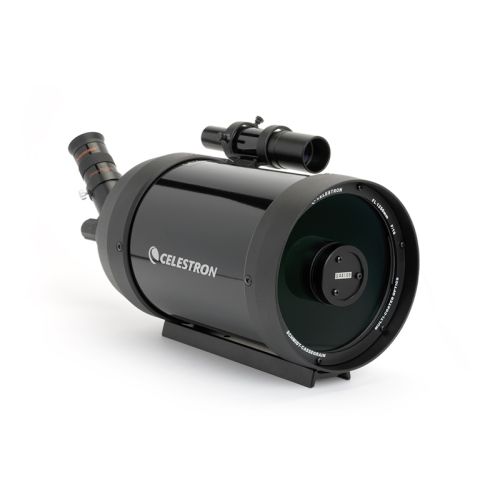 Celestron has applied the powerful Schmidt Cassegrain optical design into a spotting scope, which reduces aberration and increase image quality. It's no surprise that NASA chose this spotting scope for its missions. Celestron C5 Spotter Cassegrain Spotting Scope has a large 127mm aperture which puts it in front of other smaller spotting scopes. It gathers 4.5x more light than 60mm scope and 2.5x more than an 80mm spotting scope.

The Perfect Scope for Serious Observer
This C5 spoting scope is built in the rugged Schmidt-Cassegrain optical design, which mean that all its optical elements (objective lens, primary mirror, secondary convex mirror) are fixed permanently in place. Therefore, it can be transported around without issue. It is also fully camera adaptable. Attach the right T-Adapter and T-Ring for your 35mm SLR Camera and you are ready to take some incredible shots.

This Celestron C5 Spotter Schmidt-Cassegrain Spotting Scope is very versatile. Its near focus of approximately 20 feet allows you to observe anything from plants, wildlife, birds or insects effortlessly. You can also use it as an astronomical telescope.