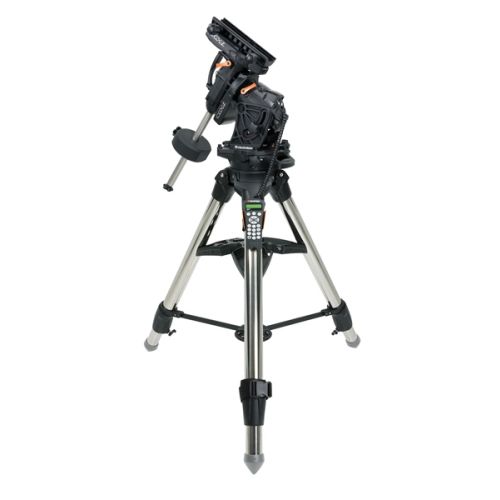 Any amateur astronomer around the world will have heard of Celestron, the world leading R&D telescope, microscopes, binoculars and more. But what they may not know is that the newest addition to the Celestron family, the Celestron CGX-L Equatorial Mount and Tripod is jawdroppingly compact, innovative and everything they have ever wanted. Celestron has taken all your feedback from the earlier models and made a revolutionary observatory grade masterpiece, worthy of all your admiration.

On top of these upgraded features, the Celestron CGX-L Equatorial Mount and Tripod incorporates the latest version of the Nexstar+ hand controller with miniUSB Port. The mount is also compatible with the entire Celestron optional upgrades, including StarSense AutoAlign and SkyPortal WiFi Module, with a built-in insert for a polar axis finderscope (not included).

For astrophotographers, thhe Celestron CGX-L Equatorial Mount and Tripod is equipped with improved motors, optimising on slewing and tracking under heavier loads. The mount is dual-fit for Vixen and Losmandy dovetail saddles, easily allowing you to install your own optical tube. The tripod legs are suspended at lower stance to maximise stability. For those travelling with their mount, the Celestron CGX-L Equatorial Mount is built with a convenient handle for easy transport and the accessory tray may be dropped down without any tools allowing for faster setup.