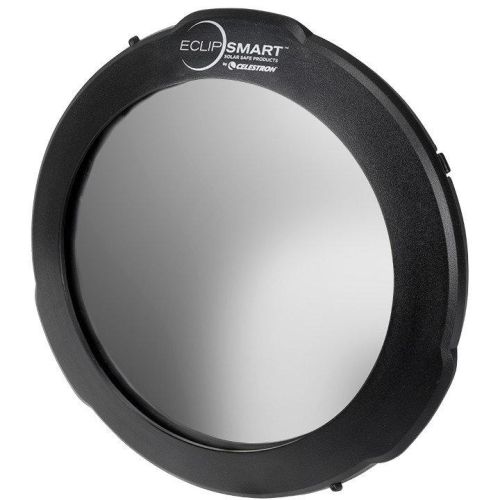 If you're planning to view the sun or any other celestial object that requires a Solar filter, there's none better than the Celestron EclipSmart Solar-Filter. Manufactured by American Paper Optics, a supplier recommended by NASA for safe solar viewing. This solar safe filter technology is ISO compliant providing the ultimate protection from harmful solar radiation, including both IR and UV light. It also features two velcro straps and four self-adhesive velcro pads to safely secure the filter to the lens cap to avoid it ever falling off in the case of heavy vibrations.

Compatible with the following 8" SCT:

The Celestron Solar Safe filter technology is GUARANTEED SAFE for direct solar observation and has been independently tested by SAI Global Assurance Services.
Solar Safe products conform to and meet the transmission requirements of ISO 12312-2, Filters for Direct Observation of the Sun, EN 1836:2005 + A1:2007 (E) for an E15 Filter for the Direct Observation of the Sun and, AS/NZS 1338.1:2012, Filters for Eye Protectors.