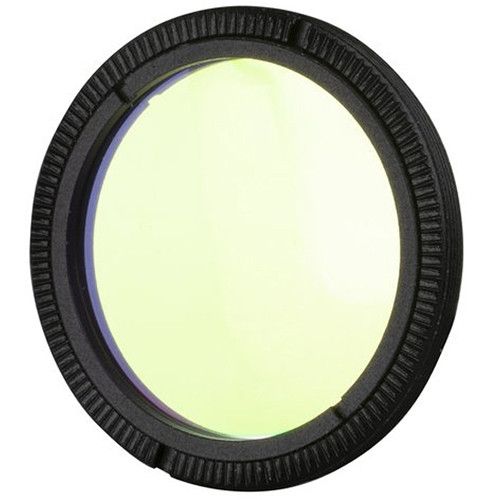 Light pollution in the night sky can significantly degrade contrast in astronomical images. This especially affects fast telescopes like the 8” RASA because the sky background saturates very quickly. The “noise” of the light pollution overwhelms the “signal” from the celestial object you are imaging, making it difficult to get the most detailed image. This light pollution imaging filter remedies this by blocking light pollution while keeping the light from deep-sky objects. The result is bright, detailed objects that pop off the black sky background with superior contrast!

The Light Pollution Imaging (LPI) Filter for the 8” RASA blocks light from some of the most common sources of light pollution between 400-700nm (i.e., the visible spectrum), including high- and low-pressure sodium-vapor streetlights, mercury-vapor streetlights, and natural airglow caused by oxygen in the atmosphere. By strategically blocking certain wavelengths, the filter greatly reduces the effects of light pollution without degrading overall image quality. The filter helps to maintain image brightness and colour balance. In addition, specific wavelengths associated with emission nebulae, such as H-α(656nm), H-β (486nm), OIII (496nm and 501nm), and SII (672nm), are highly transmitted, ensuring minimal loss of image brightness for those objects.

The filter fits directly into the internal filter mount in the RASA 8’s front lens cell, where the optical window usually mounts. To maintain optimal optical performance, remove the clear window and replace it with the filter.

Each filter comes with a plastic storage case to safely store the filter or the placeholder glass that came with your RASA when not in use. You will also receive a spectral transmission graph unique to your specific unit, verifying its performance.