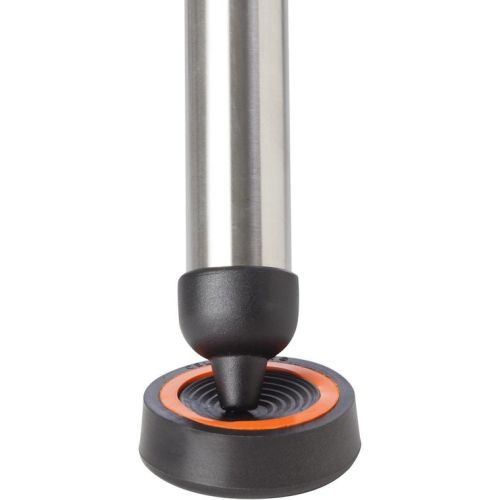 Telescope and spotting scope vibrations are caused by windy conditions, unsteady mounts/tripod or accidental bumps to the instrument, and result in reduced image quality whether observing or photographing.  Celestron's set of three Vibration Suppression Pads reduce the time the scope resonates with vibration by nearly 100%, and also decrease the amplitude of the vibrations.

The pads fit between the bottom of the tripod legs and the ground, a simple and functional solution to the problem of image disturbance.  They work on most any surface: grass, dirt, concrete, asphalt and wood.  They are suitable for both telescopes and spotting scopes, and are made of high-quality Sorbothane® pads (recognised worldwide as the ultimate material for isolating vibrations, dampening noise and attenuating shock) unlike cheaper imitations using silicon or synthetic pads.