SKU
ZWO-RINGD86
Be the first to review this product
OUR PRICE $74.95 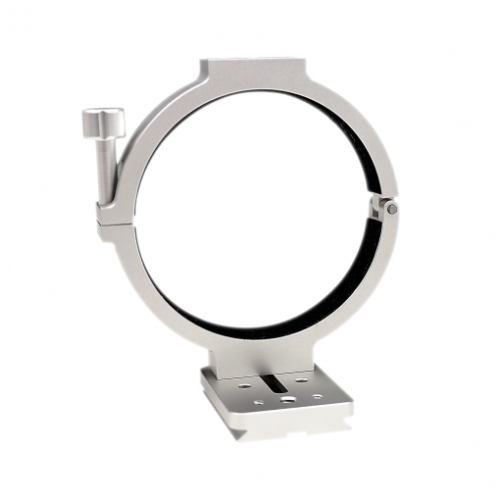 The ZWO 86mm Holder Ring for ASI Cooled Cameras is used to connect your 86mm diameter cooled camera (ASI071, ASI094 or ASI128) securely to a telescope mount or tripod using a dovetail base.

The camera is easily mounted to this holder ring by simply loosening the M6 screw.

The dovetail base also comes prethreaded for 1/4-20 screws.

Established in 2011, ZWO Cameras is a fast-growing global astroimaging camera powerhouse based in Suzhou, China. Known for its iconic ZWO ASI 120MM Monochrome CMOS Camera, the first-ever planetary CMOS camera to beat a CCD in the early 2010s, ZWO has  pioneered new astroimaging technology with revolutionary new features, including USB 3,0, cooled systems, ADC and more. Today, ZWO Cameras is known by every passionate astrophotographer and is available in over 25 countries world-wide.