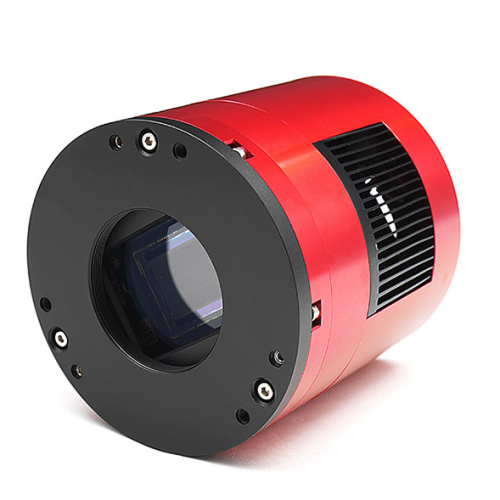 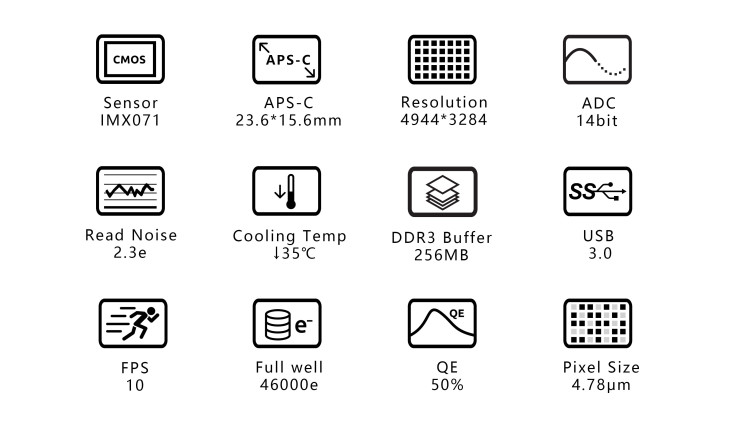 The most famous sensor from Sony is here! The ASI07MC Pro is your new go to for astrophotography with its low read noise of 2.3e -3.3e and high dynamic range of 14bit. The ASI07MC Pro utilises Sony's most acclaimed sensor, the Sony IMX071 CMOS colour imaging sensor with Emor technology. IMX071 has an amazing 16 megapixel resolution and a 4.78µm pixel size, these features produce excellent performance for astrophotography.

The protect window is sealed by the anti-dew heater. This is designed to manage and prevent any moisture problems that may affect images. The heat power ranges to 6 W and can be controlled via software.

Established in 2011, ZWO Optical is a fast-growing global astroimaging camera powerhouse based in Suzhou China. They focus on building and innovating groundbreaking CMOS cameras such as the iconic ZWO ASI120MM Monochrome CMOS camera (the first-ever planetary CMOS camera to beat a CCD in the early 2010s). ZWO continues to pioneer new astrophotography technology with revolutionary features to capture exceptional quality of images of space that will last you a lifetime. Today, ZWO cameras are recognised by every passionate astrophotographer and are available in over 25 countries internationally.