The ZWO ASI294MC is built upon the fantastic capabilities of the popular ASI1600.

ZWO ASI294MC's HCG mode (which reduces read noise to even lower levels at higher gain without loss to dynamic range) is automatically enabled when the gain setting rises above 120. With this mode, read noise will drop under 2e- while dynamic range remains at 13 stops. 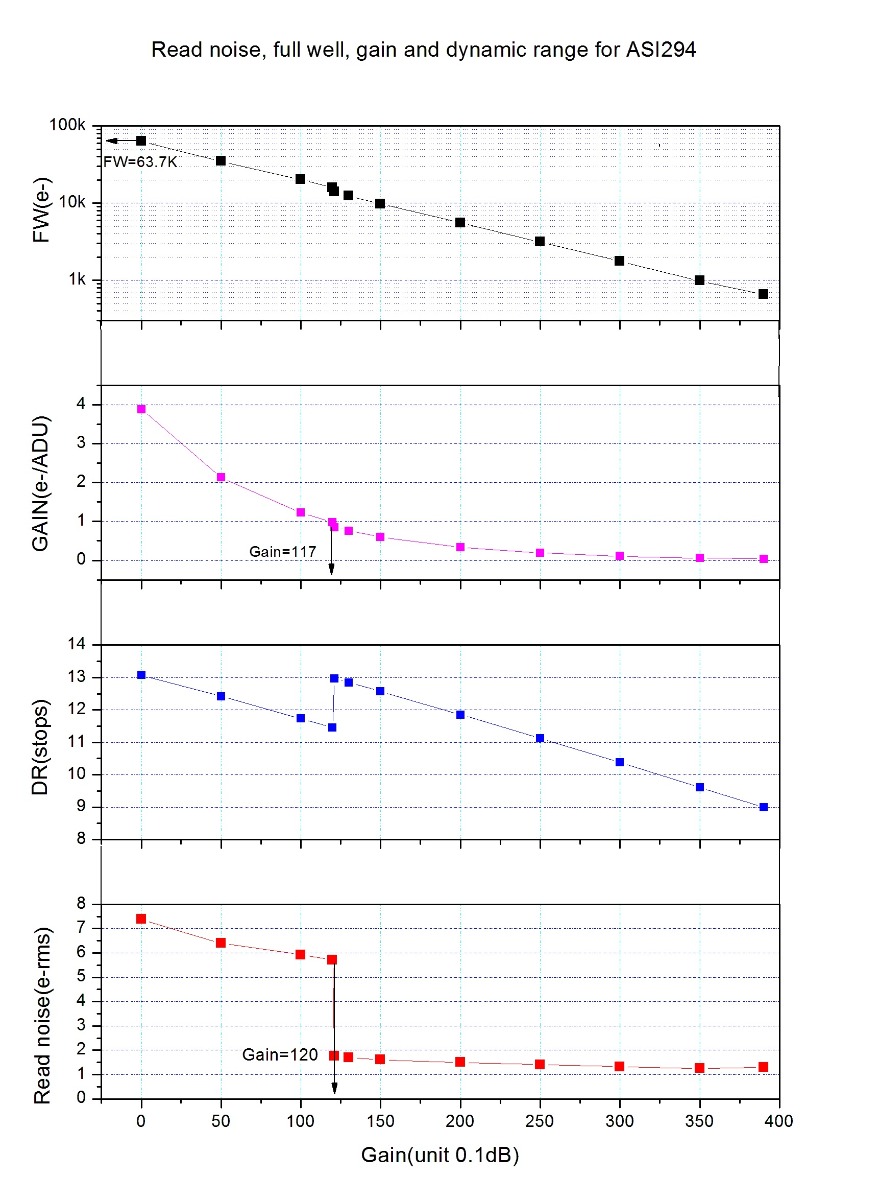 The ASI294MC Pro has the same sturdy mechanics and elegant design as the ASI1600 Pro. ZWO's recognisable sleek hot-rod red housing not only protects the sensor chamber but works incredibly well in wet and humid environments without dew problems.

Established in 2011, ZWO Optical is a fast-growing global astroimaging camera powerhouse based in Suzhou China. They focus on building and innovating groundbreaking CMOS cameras such as the iconic ZWO ASI120MM Monochrome CMOS camera (the first-ever planetary CMOS camera to beat a CCD in the early 2010s). ZWO continues to pioneer new astrophotography technology with revolutionary features to capture the exceptional quality of images of space that will last you a lifetime. Today, ZWO cameras are recognised by every passionate astrophotography and are available in over 25 countries internationally.