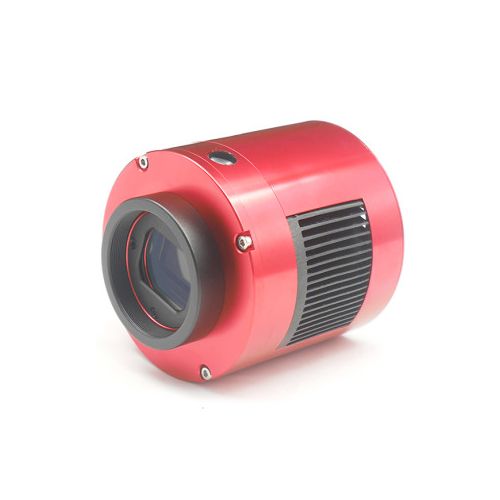 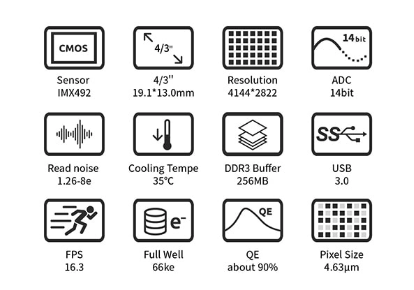 *Contrary to the image extracted from ZWO above, the sensor is a Sony IMX294.

The ZWO ASI294MM Pro is back-illuminated astro-imaging camera with 14-bit ADC with 4.63um pixels. It is the mono version of ASI294MC Pro, one of the top selling cameras from ZWO.

Not only does it have a very high QE value with a peak at about 90%, but feature an ultra-low readout noise of 1.2e. If you are seeking for a small-format mono camera for astrophotography, then ASI294MM Pro going to be your ideal choice.

The full well capacity of 66387e of ASI294MM Pro is near the top of all ASI DSO cameras. It ensures a very high dynamic range up to 13stops that will greatly reduce overexposure probability and help gain richer color gradation. 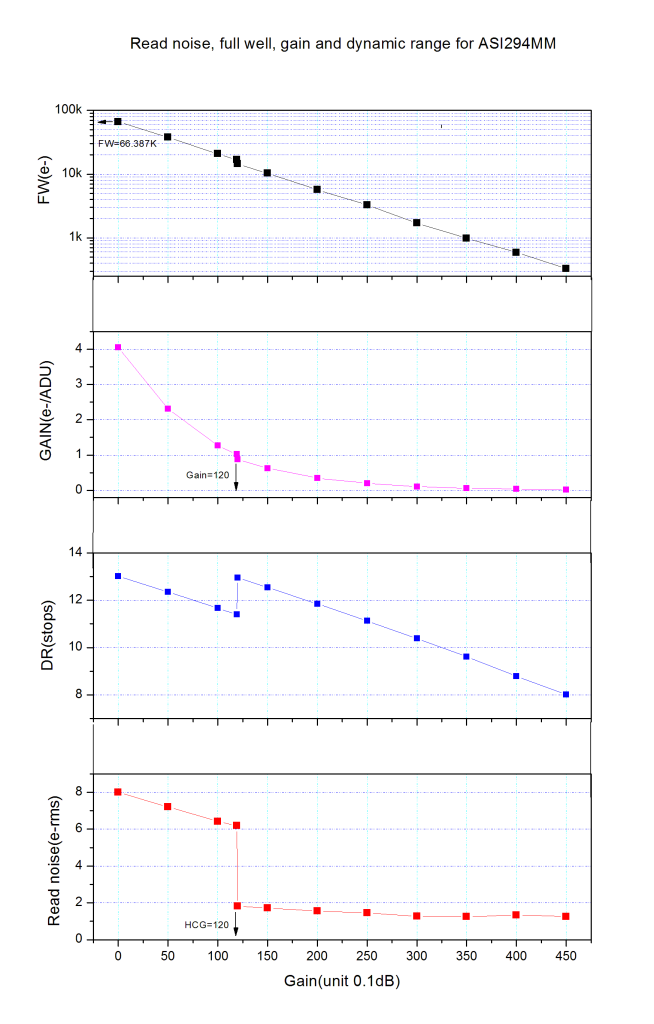