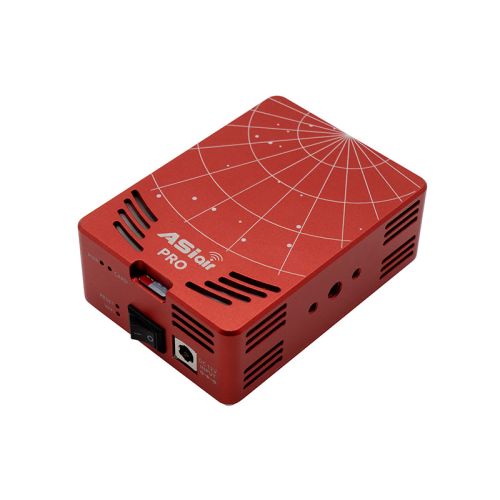 The ASIAir Pro is the second generation of miniature computers from ZWO that can control your mount (including plate solving to confirm that it's on target), your camera, focuser, plus a number of other peripherals. In addition, it can help you with polar alignment. Because it uses Wi-Fi to communicate with your computer or smart device, it doesn't need extra cables dangling from the mount.

With the rich features of the ASIAIR App, the whole procedure from device integration to image capture runs smoothly.

ZWO ASIAIR-Pro is the second generation of ZWO, being an improvement and redesign of the first generation ASIAIR that was released in July 2018.

What's In The Box